The developers of Civilization 6 - and specifically Aspyr who are responsible for the Mac port - have cost me time and money, but have provided me with a sense of satisfaction from being able to complete a new IT project.

The latest update to the Civ franchise was deployed to the PC version of the game but not macOS (or Linux). As a result when I tried to play an online game with my friends, no dice. The two versions are now incompatible with one another. Aspyr has said nothing about an ETA for a Mac update.

I enjoy playing online games with my friends. I enjoy it enough that I was willing to use Boot Camp on my iMac to create a native Windows partition. Boot Camp is annoying in that it only works with internal drives. This had me kicking myself that I saved myself some money when I customised my iMac build - selecting just a 256Gb internal SSD. Ah, hindsight. I definitely should have paid the excessive money for the bigger drive.

Anyway, I pared down my files, offloading some to my ThunderBay RAID enclosure, and deleting some others so I had enough to create a Windows partition. The Boot Camp system worked well enough, and I was able to install Steam on it, then the PC version of Civ and have a good gaming night with my friends.

In the cold light of the next day, though, I knew this was an unsustainable solution. By partitioning my internal SSD I had two Operating Systems neither of which had enough breathing space on their respective drives to be happy.

By some strange twist of fate and timing, this very same morning my RSS feed contained the exact article I needed to read. Riccardo Mori published an article, one part of which included details of his transition to being a part-time Windows user. He wrote:

For the past eight days or so, I’ve been using my iMac booted into Windows 10 in the Boot Camp installation I managed to perform on an external SSD.

@morrick In relation to your latest blog, how did you install Boot Camp Windows on an external drive? I was battling with this issue yesterday, and was forced to partition my too small internal SSD. If there’s a guide you used, I’d appreciate a link. Thanks!

It’s a bit of a convoluted process I suggest not to carry out in a hurry. In this post I talk about the guide I followed, with several annotations of my own. I hope it helps: https://t.co/xRh4c6erU8

Note that he provided a link to a previous article of his that provides insight into how to fool Boot Camp into thinking it’s installing to an internal drive, when it’s actually an external SSD in use.

I trucked off to my local Officeworks store and bought myself a 500Gb USB-C connected SSD drive. 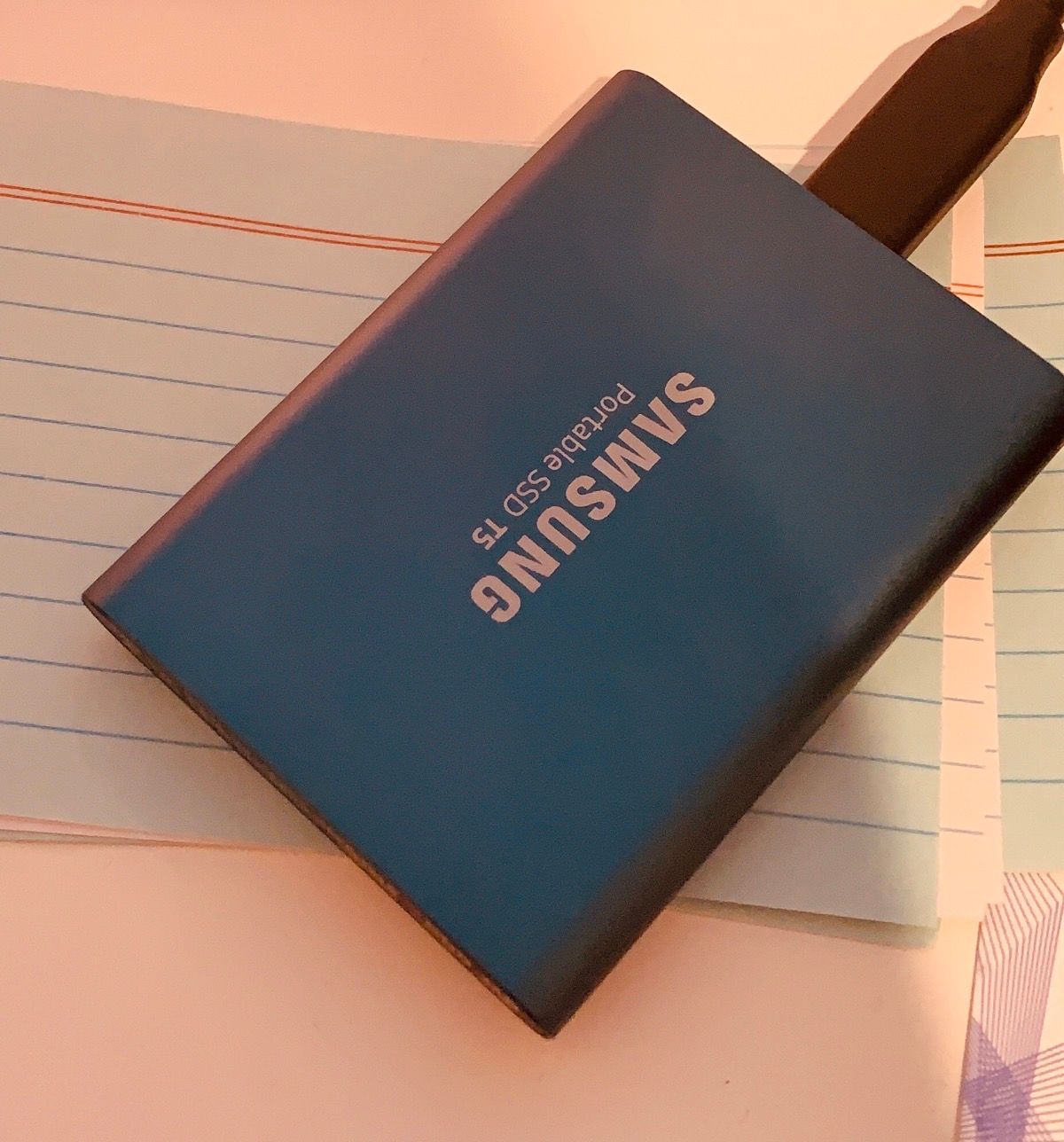 I followed along with the steps outlined by Riccardo and the other source material - a slightly out-of-date article written by OWC (incidentally the manufacturers of my aforementioned ThunderBay drive array).

You’re not successful yet, mate

Things went well, until they didn’t. I was on the home stretch as Windows was doing the first part of the install onto the SSD. I forgot the next step though - which was to stop the installation at its reboot point (part of the ‘fooling BootCamp’ process). I realised too late, and so I had to quit the installation and start over.

That created a new problem. The SSD now had a number of NTFS partitions on it, but macOS apparently cannot reinitialise a drive with a very small boot partition such as the one that Windows 10 puts on the drive. Turns out the resolution, as is often the case, is found from the command line. I give credit to Priyank Sharma for detailing precisely how to eliminate this partition problem and get the drive back to a point where I could start over by reinitialising it. Before finding his post, I was worried I had turned my new SSD drive into a small and inelegant paperweight.

Drive restored, I started over, this time remembering to follow all the steps.

Success, with thanks to the open web

I now have an iMac that has its full 256Gb internal SSD to itself for macOS, and a 500Gb external SSD with Windows 10 - what I can now refer to as my ‘gaming rig’.

The thing that amazes me is that USB-C appears essentially fast enough to facilitate an operating system’s data throughput requirements.

It’s also so great that people document their experiences on blogs across the internet. Without the three articles I have referenced, none of this would have happened. This is what the open web is all about, and why it is so much better than Facebook, et al.

The last step in this process is to now wait for a time when my friends want to play Civ again. Come on guys, I’m ready!

Writing for the Web Why Word documents are not great for the web, and why plain text files written in ‘Markdown’ syntax are the way to go when writing anything destined