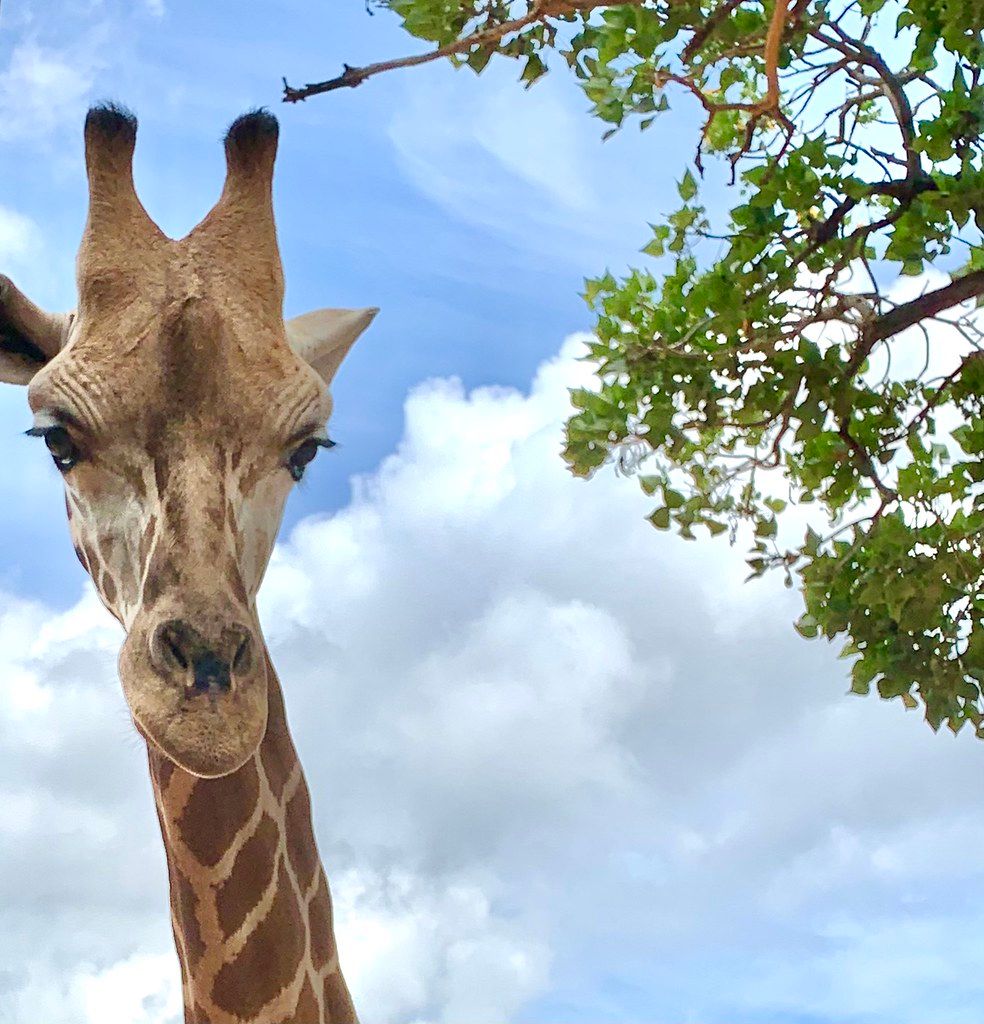 It was amazing to be able to see the giraffes at Perth Zoo close-up yesterday. They have big heads!

I bought a set of Audio-Technica ATH-M50x to replace my ageing Bose QuietComfort 15s.

I’d already replaced the earmuffs on the Bose’s a couple of times. Now the headphones have the exterior coating of the foam flaking off. I was also getting sick of having to replace the AAA battery on a regular basis.

My headphones are basically restricted to desk use only these days, so I was happy to buy new headphones that didn’t feature Bluetooth - wiring into my EVO4 audio interface is fine, and in terms of latency and audio quality, preferable.

So far, I’ve only listened to a bit of music with these new cans. To my ears, they sound great! A crisp, clean and rich sound. As they are monitor headphones, they’re not designed to adjust the music, such as adding additional bass or anything. I like this, and I think it suits my needs perfectly.

I do notice they sit more tightly on and around my ears than the Bose and that the pressure on my ears is stronger than the Bose. I think my ears are getting hotter wearing these. I may find the need to take them off to give my ears some fresh air.

I need to keep listening to these to see how they perform over a longer time, with a greater variety of music - and when I record podcasts. So far, though, I’m giving them two thumbs up.

Take two at publishing via wall.blot.im. When did this become a thing? Fascinating.

I Forgot About 1Writer

I also own 1Writer, which also plugs directly into Dropbox, and is, arguably, a better editor. It’s certainly a more fully-featured one.

Yes, I own many text editors. It’s the curse of the tinkerer.

I also forgot that you can pretend a file name with _ in Blot and it won’t publish it as a live post. I’ve done that with this entry, so ideally it will publish when I’m finished and ready - not when I’m just getting started.

So many different ways to skin this cat.

I’ve owned Byword for many years. I think it was the first Markdown editor I bought, for both iOS and macOS. I abandoned it a long time ago as well, as it seemed to pale in comparison with other Markdown editors.

In looking for an easier way to post to Blot via Dropbox, however, Greg Moore suggested Byword.

I’ve installed it here on my iPad, and it does connect neatly to Dropbox - bypassing the futzy iOS Files.app interface.

I’m typing this directly into Byword into my live Blot site. That may not be the ideal workflow - perhaps a non-published draft might be a better option, with the file then dropped in as a finished item. Nevertheless, it’s interesting that a very old tool such as Byword may be the best one for the job.

Back to Dropbox with Blot

About 18 months ago I transitioned the publishing of this site to use Git. It was cool, but overly cumbersome for my needs.

I avoided posting here because of the overhead that Git created with respect to the publishing process.

At the same time, I didn’t want to install Dropbox on my computers because of its massive overhead, and I don’t use Dropbox for anything else.

I’ve got a solution now though. I can write in any app. On my Mac I can use Commander One (part of Setapp) to remotely connect to Dropbox without the client. On iOS I can install the Dropbox app, but alternatively I can use an action in Drafts, like I’m doing here, to write and publish in a single step.